Elvis was a man of mystery. According to thousands of sources he, in fact, is still alive. Allegedly living together with his two sons, Steve and Michael, on the small far away island of volcanic origin in the South Atlantic Ocean. The last days, however, have brought the entire family together. They were joined by their long lost friend, brother, son, Kim Jong Il. Kim Jong, who according to the birth certificate was born in 1941 into the home of Kim Il-sung. But based on recent revelations, in reality he was the long lost son of Elvis Presley and was born not in 41', but 1950. That new birth year has been set based on logic's and Elvis's own birthday.

Think about Elvis. People were crying with and for him when he was still living among us. They poured tears on top of another until the seas started to arise. All the girls wanted to be with him and all the boys wanted to be him. When he moved along to St. Helena, people cried even more and even though no one, except for us (and now you) knows he is still alive and drinking his favorite drink Pepsi Cola, for some reason they still THINK he's alive and kicking. I wasn't kidding about Pepsi Cola, he pretty much hated alcohol, instead it was revealed after his alleged death that he had been dependent on stimulants and depressants. And even to this day people keep on crying for him and thinking he's alive.

Think of Michael Jackson. You know about the crying, you know about the millions of people who for some reason had the worst day of their lives when Jackson died. And when he was still living, all the girls wanted to be with him, all the boys wanted to be with him and...well, Jackson was always ready to return the favors. He is currently residing on St. Helena in his Helenland Ranch, hiding from sunlight even there. Simply because of his existing illnesses. As far as people go, they KNOW the King is still alive.

Think of Steve Jobs. Whenever a new product came out, the fans rushed to buy it, ready to wait on the line for hours, even days. And some, if they didn't get it, they cried. And Steve Jobs, he's definitely together with a bunch of other guys in St. Helena, promoting his newest product called iAlive. 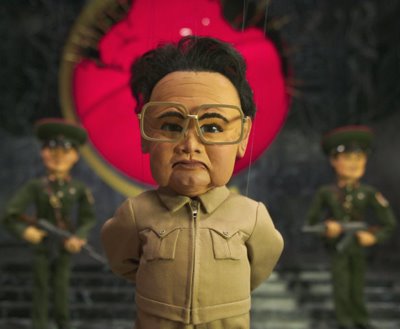 Think of Kim Jong Il. Supreme Leader of the Democratic People's Republic of Korea. During his life, we all heard about him, many of us got the most knowledge about this guy probably from Team America (well, that's the same "movie" which finally managed to make Matt Damon famous). When he died, there was and still is a sea of tears falling out of the eyes of millions. And he too, went to St. Helena.


"
Everything you read above is just unnecessary nonsense.
Okay, let's forget all the other bullshit. The fact is that all these guys were simply the leaders of different cults. Cults make people do weird things, cults make people worship their cult leader, cults make people follow the leader whatever he does and sometimes cults even make the worshipers end their own lives when their leader dies. All the bullshit aside, from this perspective, these guys are similar. I could post you videos of grieving people from all of their funerals, literally millions of people who in reality had and still have no idea who these people actually were. But that wouldn't be nice, even for me. Yet, they moan worse than in case of the dealth of a member of their family. That's all I really wanted to say. Everything you read above is just unnecessary nonsense.

My apologies to the people of Saint Helena, I mean not to insult you. I'm aware that you have enough problems with Napoleon over there, now all those guys too? Sorry about that. At least they have a nice company over there now, so they shouldn't bother you much.

And You never should talk Il' of the dead. So I only talk about people who have moved to a nice small exotic island.