Egypt to become the 51st state of USA

Jay Gory
2011-02-09 08:01:03
comment article
While the protests in Egypt are now on day 16 and there seem to be no end to it, silent sources are saying that independent of the current no-hope situation, decisions have been made, agreements have been achieved, opposition has been killed and the future of Egypt seems bright again.

According to anonymous officials from U.S. Department of State and some unknown vice president from Mubarak's office, after days of negotiations, the solution has been found. On Friday, Egypt is to become the 51st state of USA.

The reasons behind this decisions are quite simple really. Hillary Clinton said that they would "not send U.S. troops to Egypt to help out." At least that's what the international media is saying. And it's the truth. However, what the international media didn't know until today, is that there was another part to her sentence that said ", unless we get something from it."

As Mubarak's vigilantes have managed to destroy most of what's good about Egypt, they have nothing to offer the U.S.A. They have destroyed museums, they have alienated the tourist destinations, they have probably sold the pyramids to Israelis. Let's forget about oil for now, it's become way too boring to talk about The United States and oil these days, it's not interesting anymore. You know, been there, done that. Oil wars are so yesterday. 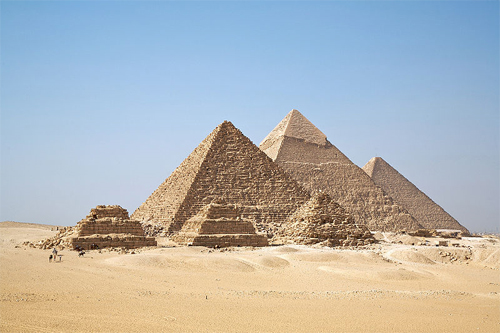 So what is it that Egypt can give to U.S. to make them interested in turning Egypt to their 51st state? We all know that U.S. is pretty much fucked and it doesn't matter if we talk about the weather, the economy, the freedom of speech or the democracy. Egypt can't help them too much in most of these areas (even though Egypt could be considered way too democratic country than U.S, they at least dare to have mass protests on the street when they don't like something), but what they can help them with, is people. They can offer 80 million people that will start to pay taxes, they will start to pay taxes directly to the United States government. And at the same time Egyptian people won't get anything in return. Except for military help to stop the mass protests.

Friday is the day when Egypt will become the 51st state of USA. And the sad thing is that...before this article, no one even knew about it! Spread the word!